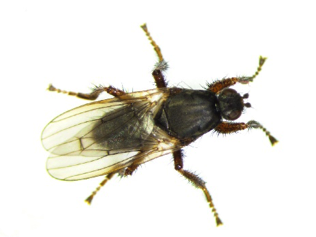 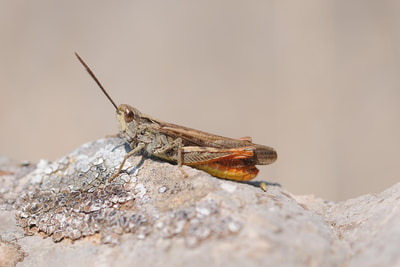 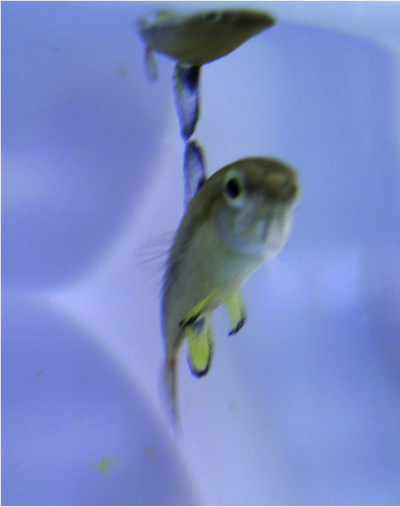 Chromosomal rearrangements, such as inversions (a piece of chromosome that is flipped relative to its normal orientation), are large-scale structural mutations that may encompass millions of nucleotides. Inversions evolve in a unique manner as the allelic content of an inversion as well as its frequency continuously evolves via mutation, selection, and drift. These two processes inform each other as the allelic content of an inversion affects its fitness and the frequency of an inversion (and the distribution of karyotypes) affects the fate of new mutations that occur within.

I use both theoretical and empirical tools to determine how both the frequency and the allelic content of inversions evolve. As a real world example I use the seaweed fly, Coelopa frigida, which is adapted to live in piles of rotting seaweed on the beach and has a very large polymorphic inversion on chromosome 1. Recent work has concentrated on elucidating the various selective forces on the inversion as well as examining inversion specific genotype x environment effects (Berdan et al. 2018). This allows me to determine the forces acting on the inversion and to make specific predictions of future patterns of variation.

My theoretical work has revealed that a Muller's ratchet-like process occurs in polymorphic inversions leading to the accumulation of deleterious recessive alleles. I am currently expanding this work to generate predictions that may be tested with sequence data from C. frigida.


Speciation in crickets and grasshoppers

Many species differ primarily by signals they use to attract mates and the preferences for these signals. This leads to behavioral isolation, one of the most common forms of reproductive isolation. While a member of the GENART project at the Museum für Naturkunde in Berlin I used a two systems (sister species of crickets, and three species of grasshoppers) to explore the evolution of behavioral isolation and the mark it leaves on the genome. Additionally, I generated many different genomic resources for these n0n-model organisms (Berdan et al. 2016, Berdan et al. 2017). Our work revealed that behavioral isolation is strong in both systems and often multi-modal (Finck et al. 2016). Despite this, genomic data revealed that neutral processes and natural selection have left stronger marks on the genome than the sexual selection driving this behavioral divergence (Berdan et al. 2015, Blankers et al. 2018).

During my PhD, I concentrated on discerning the association between behavioral isolation and ecological divergence in a pair of fish species that experience gene flow, Lucania goodei and L. parva. These two species have diverged in salinity tolerance: L. parva tolerates a wide range of salinities while L. goodei can only tolerate freshwater. I tested for sensory drive and found strong behavioural isolation regardless of salinity and both males and female preferred conspecific mates (Berdan and Fuller 2012). Based on the results from this study, I considered the contribution of non-ecological selection to behavioural isolation by determining if reinforcement played a role. I group found reinforcement of male preferences in the Lucania system as well as cascade reinforcement occurring in females (Gregorio et. al 2012; Kozak et. al. 2015).  The final part of my thesis focused on the role of a chromosomal rearrangement (and the potential reduced recombination it provides) in speciation. Lucania parva and L. goodei have undergone a chromosomal rearrangement that differs between the two species. I performed a QTL analysis using a SNP linkage map I developed along with colleagues (Berdan, Kozak et al. 2014). I found QTL for salinity tolerance scattered along the genome and sometimes co-localizing with loci underlying reproductive isolation, but not present on the fused chromosome (Berdan, Kozak, et. al., in review).